Born in 1976, lives and works in London. She is a graduate of the Royal Academy Schools and has exhibited widely, both nationally and internationally, since 2002. Her work is held in many significant public and private collections including the University of the Arts Collection, The Royal Academy of Arts, The Cooper Union New York, the FSC, the Lodeveans Collection and Oxford University.

She has featured in numerous publications including The Guardian, Corriere della Sera, Liberation, The Wall Street Journal, A-N Magazine, Art World Magazine and Aesthetica and has been profiled and interviewed on the BBC Culture Show. Her exhibitions include ‘GSK Contemporary: Earth Art of a Changing World’ and ‘Constructed Landscapes’ at the Royal Academy of Arts, ‘Saatchi’s New Sensations/ The Future Can Wait’ at Victoria House, London and ‘Human Made Things’ at Aspex Gallery, Portsmouth and ‘Modell-Naturen’ which toured public galleries in Germany throughout 2019. She has had three prints commissioned by the Royal Academy of Arts.

‘Suzanne Moxhay creates work which blurs the boundaries between photography and painting. Combining photography’s literalism with painting’s more ineffable qualities, her mysterious digital prints create atmospheric spaces that are simultaneously entirely familiar and utterly strange. The obviously photographic origins of her works suggest a real space, but then we lose ourselves in painted areas that flatten the perspective and require us to hover between two and three dimensions. As we explore Moxhay’s silent rooms we are constantly surprised: shadows fall in the wrong direction, photographs of real moths fly in air conjured from paint, and what first appears expansive suddenly becomes shallow’ 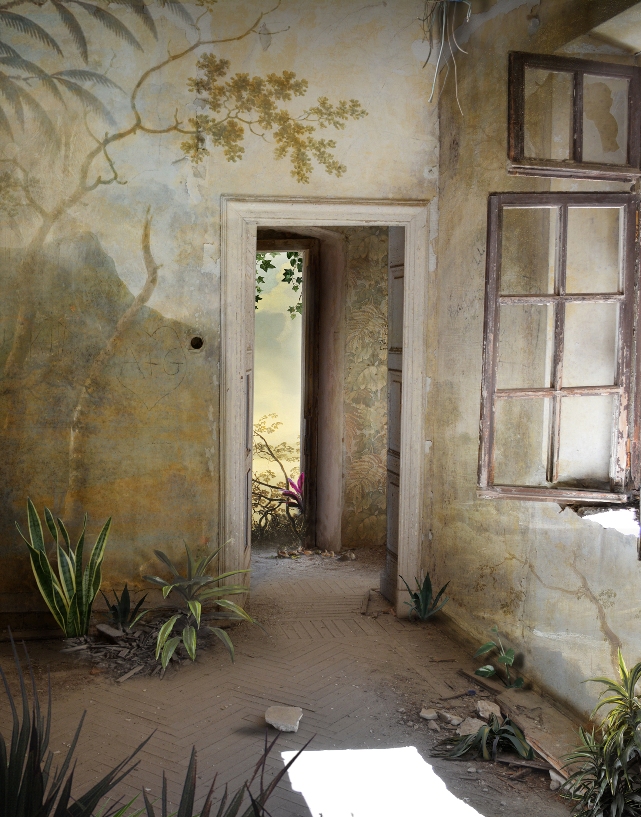 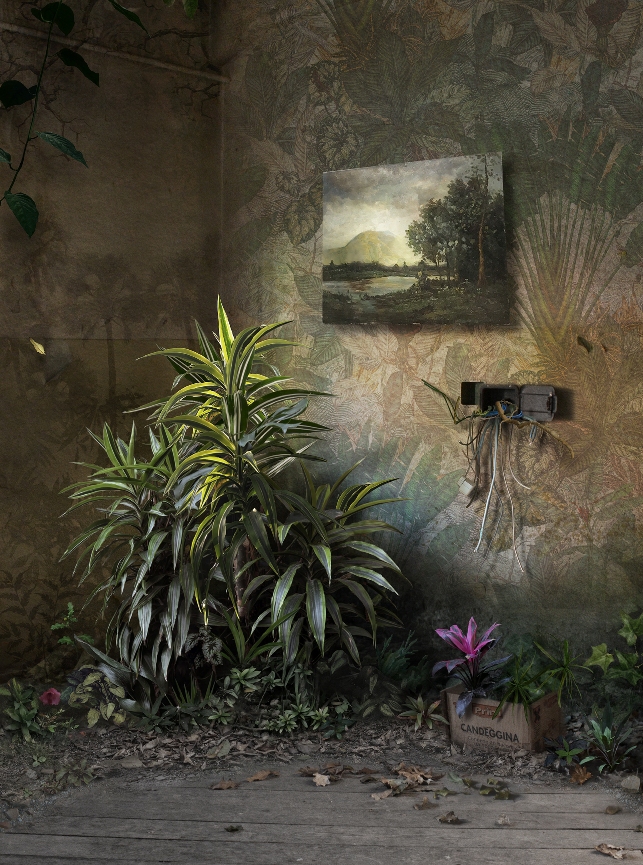